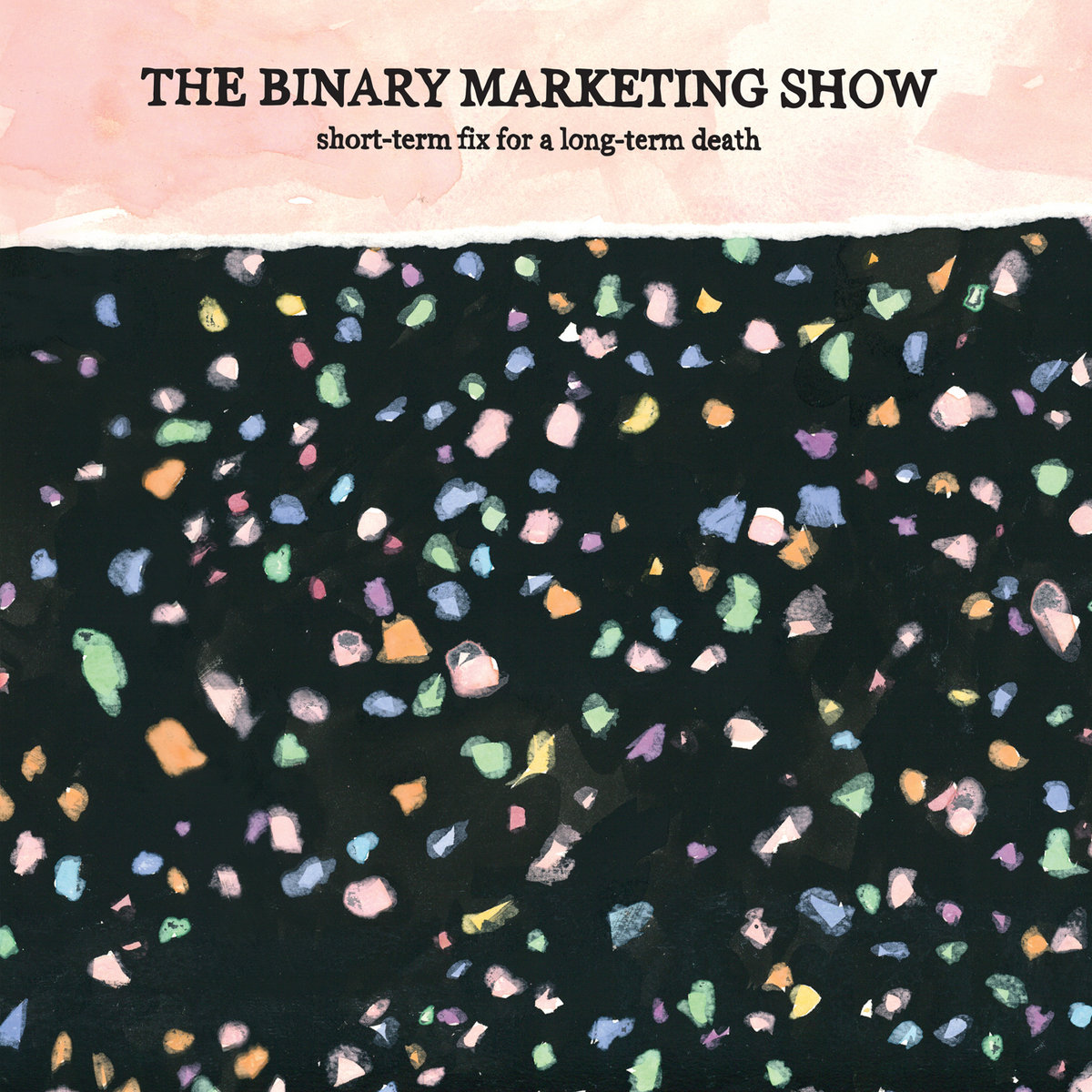 I met The Binary Marketing Show in Kalamazoo, Michigan, at the 2016 Already Dead Family Reunion. Bethany and Abram slept on the couch across from mine for three days, and we got to know each other a bit, as one will in such close quarters. Since then, they have graciously set me up in their adopted hometown of Portland, Oregon. We are also doing a couple shows together in the midwest this August.

[I mention all this in the spirit of full disclosure. However, as I am a raging asshole, be assured this is no puff piece.]

Using electronic textures as their base, The Binary Marketing Show craft expansive pop tunes that call upon aspects of everything from torch songs to trip-hop. The duo harmonize the majority of their vocals in that natural way that family and lovers tend to possess, adding a very human element to the machines.

A feeling of longing seems to permeate Short-Term Fix For a Long-Term Death. With a sonic mood similar to Broadcast – not to derail, but isn’t it something how people give a shit about them now/again? – the layered textures support an overall noir vibe that is both sophisticated and emotionally engaging.

While the compositions are dense, nothing overwhelms, and everything appears in the mix as a component of a greater whole. This includes the vocals, which are often mixed a bit lower than would usually be the case – in this instance, the slight burying works well, further integrating the programmed and performed aspects of each song. 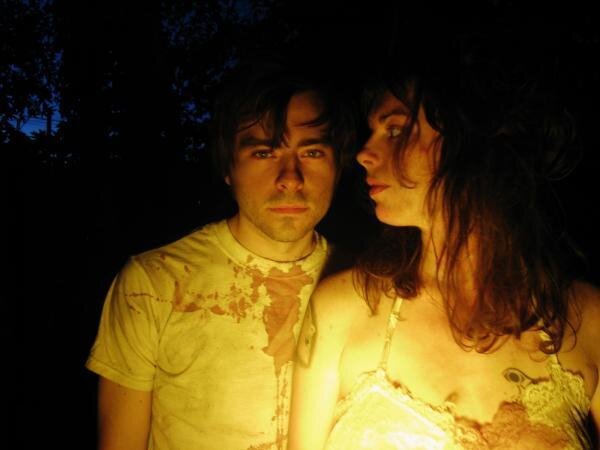 The album kicks off with the majestic “A Very Old Conversation”, which serves and both an intro and an anthem, the duo taking sketches of sound and assembling them into a grand, hazed gesture. “Daydream (I Cannot)” blends electronics with acoustic sounds seamlessly and offers background vocals that nearly achieve, then transcend, pop culture tropes. Later in the album, the related “Daydream (I Can)” takes a different approach, the song buried in crunchy, cavernous delay.

“Whisper In the Dark” feels like the single, a mid-tempo meditation with just enough momentum to make it as catchy as it is contemplative. This cut is followed by the instrumental – or at least non-lyrical – “Days From Now,” which introduces itself with mechanical percussion a la Dancer In the Dark. Abram’s guitar stands out, building serpentine lines that dance around each other, playing off the pulsating rhythms. Similarly, but from a different direction, “Tradition” is a slow burn based around ever-expanding synth pads and found sound.

Abram’s (baritone?) guitar takes center on “Radiation,” supporting his trumpet overdubs and an atmospheric synth vamp. The song, another instrumental, feels like a lost bit of film score. After this soundtrack vibe detour, the pop feels return with the gorgeous “Whatever,” perhaps my favorite cut on the album. That yearning, pining feeling returns, as evidenced by pensive lyrical statements leading up to “I am giving up.” Bits of Kate Bush appear in the background vocal/synth arrangement as the song builds toward wordless keening.

I was initially surprised by the relative lack of vocals on Short-Term Fix For a Long-Term Death. The album’s pace and sequencing benefits both approaches, however. The Binary Marketing Show definitely pulls out all the stops on this, their first LP, but manages this with subtlety. Strong songwriting sits comfortably beside a finely-tuned attention to sound-sculpting, and the resultant lush and atmospheric contents are highly recommended.